THE IMPORTANCE OF YOUR PHONE’S AREA CODE

Everybody knows what a phone number is, but did you also know that before the digital revolution, there were some interesting rules about how area codes needed to be set up? Area codes are not only important to make sure your calls get through, but they are a piece of American history. 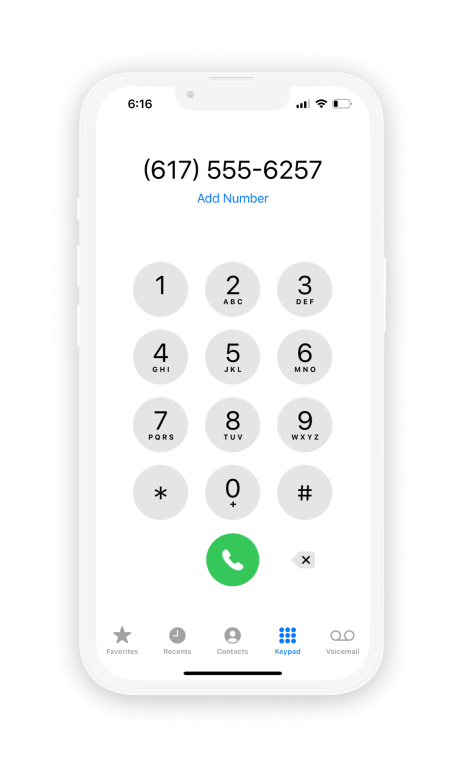 It's funny that area codes used to be something people didn't even consider. Why would they? Chances are you were born in your city and stayed there forever. And if you'd moved out, there was no need to change phone numbers. Then the internet happened. Your life probably changed, even more when you subscribed to a VoIP service or got a virtual number. The significance of area codes is increasing daily with the introduction of VoIP services and virtual mobile numbers worldwide. But the question is, what are area codes in the U.S., and why are they important?

What Is an Area Code?

Area codes are three digits at the beginning of a telephone number used to identify an area, city, or region. Each area code has a central office, where incoming calls are routed to individual telephone exchanges depending on the subscriber's number. This is similar to how a zip code works, as you can have separate postal addresses for a specific city but still have only one central location for collecting all of your mail. Area codes became necessary when subscribers began dialing long-distance calls using a rotary or touch-tone phone.

Although it might seem the order of U.S. area codes was done at random, there is some logic behind this chaos.

In 1876, the North American Numbering Plan (NANP) was introduced to simplify local telephone call routing by providing a standardized system across North America. The original numbering plan had only three area codes: 201 for New Jersey, 202 for Washington D.C., and 203 for Connecticut. These area codes were put into place as direct-dial service became available to more and more people.

In 1947, directory assistance operators entered phone numbers directly into their special switchboards. As demand increased, the Bell System needed to find a new method of linking these operators securely together and sharing their workload to lower prices while also reducing the number of people needed – and entering numbers by hand was an expensive, slow, and inexact process. In response, phone companies implemented Direct Distance Dialing (DDD), an automated switching system that eliminated human operators in favor of automatic computer routing. This technology allowed any company that wanted to provide long-distance calling to set their switches and route calls as they wished.

If you look at the map of area codes in the North American Numbering Plan, you'll notice that it needs to make more sense geographically as it once did. An area code is used to represent a single state, but today each region within that state has a dedicated area code. This is primarily due to the growing population and technological advances from the past 50 years. So why did some states get more popular codes and others didn't? The logic behind this was quite simple. The states with the densest populations or prominent cities were assigned the codes easiest to dial on the old-fashioned analog dial phones. For example, California was initially given area codes 916, 415, and 213, while the city of Chicago got 312.

Whether we want to admit it or not, phone area codes D.O. matter. Simply put, these three digits can affect how people identify you. So please do your research and base your decisions on how you can best utilize the area code given to you, whether for personal use, business or just as a second phone number.

Area codes are so much more than a way to make a phone call. They're a window into the past and a reminder of where we come from. Think about it: when you hear your area code, you think of the city or town that gave it to you. You remember your childhood friends and that nostalgic feeling of home. You probably remember your dad always saying, "Hey, it's me!" to announce his call. And then he'd tell you that he was calling from the same area code where you lived—usually a neighboring state or one closely connected to your home state (so maybe Illinois for someone from Iowa). In our current world of cell phones and digital communication, we don't need to think about this anymore.

Area codes are even more critical when choosing your business number. They're the first thing people see when they dial a phone number, and they can make or break your business.

Area codes have a long history in North America, stretching all the way back to the Continental Telephone System and GTE. But the story doesn't end there; Learn more about specific area codes and their history and coverage: